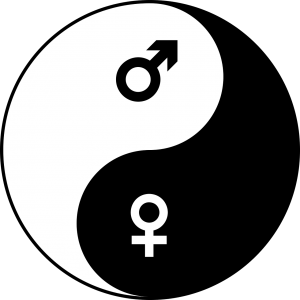 The recent Gillette commercial is another example of how the #metoo campaign appears to be creating a great divide and may feel like an attack on men. I assure you “men” as a whole are not being attacked and neither is masculinity.

There is a way for men and women to stand united on this topic but if we are going to heal the root of this global issue, we need to allow the division to occur before it can unite us.

I will explain why it feels like division and what we can do to heal and shift that, but first I must clarify what women are saying NO to.

What we are saying NO to is bullying, including “sexual bullying” and unwelcome and inappropriate comments.

What we are saying NO to is rape, sexual abuse and acts of violence against women and girls.

So why does it feel like men are being attacked?

Why do men feel like they need to defend themselves?

First I invite you to be wide open to try on a bigger perspective around why this is all playing out the way it is.

On a surface level, from our human perspective, it feels like a great divide between men and women. It appears to be women standing up against men which triggers men because they feel attacked and in turn they get defensive.

Imagine you could zoom out and expand our perspective so we can begin to see the pockets of unification instead of separation.

There is a unification of women as we stand united, share our stories and speak our truth. As we stand united and say “NO MORE” to the behaviours of men that have been previously tolerated, we are healing our individual and collective wounds. Our wounds run deep with inherited wounds of the collective history of all women from many, many, many generations.

As we expose our wounds by sharing our stories and in some cases naming those men who have harmed us, we are bringing our trauma from the hidden recesses of our mind and body into the light for healing. Women as a whole have a lot of resentment and built up anger due to years of repression and the fear of keeping what happened in our past as a shameful secret. We have shamed ourselves instead of risking everything and exposing the secrets. Many women are now channeling their fear and anger and using it to feed their strength and courage to stand UP stand OUT and stand STRONG.

The energy of guilt will rise up in ALL men. Yes ALL men will process the guilt.

Some will move through it quickly because it won’t bump up against their own guilt and shame, while others will need to face the truth about how they have contributed directly or indirectly in inappropriate behaviours and/or violence against women. It is a combination of individual guilt and an inherited collective guilt from all men from all generations.

The good news is that as men process the energy of guilt rising up they will be able to stand united with women in support. They will feel empowered and start to stand up for women as they say NO to the behaviours of other men.

The message I received from the Gillette commercial was encouraging all men to stand up and be the example of “the best a man can get”. In other words, be the men that will stand up and say something when other men or boys are acting inappropriately. Be the men we know you are or continue to be that man if you already are doing those things.

The commercial is actually for ALL of us, men, women and children. It is an opportunity to heal and create a SHIFT that will serve ALL of humanity.

Changing generations of behaviour will take some time and it requires that men say something if they see something inappropriate. It is not men standing against other men; it is about men standing UP for all men as they navigate this path to heal.

So if you are a man who is triggered by the recent Gillette commercial take a moment to breathe and see if you feel any guilt. Is it your own guilt or do you feel guilty by association or inherited guilt?

Feel the guilt to heal the guilt. Create space for it to rise up and be processed. Emotions are energy in motion. Let the energy of guilt rise up and out to heal fully and completely.

All that is happening on our planet right now is ONE big call for love.

The world needs all of us to say YES to play our part. To say YES to stand united in love. We are on track, it will just look a little messy as we take the steps to return to love for each other and our planet.

p.s. if you would like to read more about forgiveness and the #metoo campaign click here to read this chapter “Everyone Makes Mistakes ~ Do We Judge or Forgive?” from the book Stand UP Stand OUT Stand STRONG.

p.s.s here is the Gillette commercial. Be open to watch it through the lens of a “call for love” 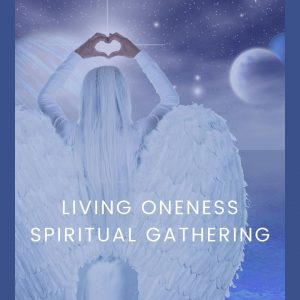